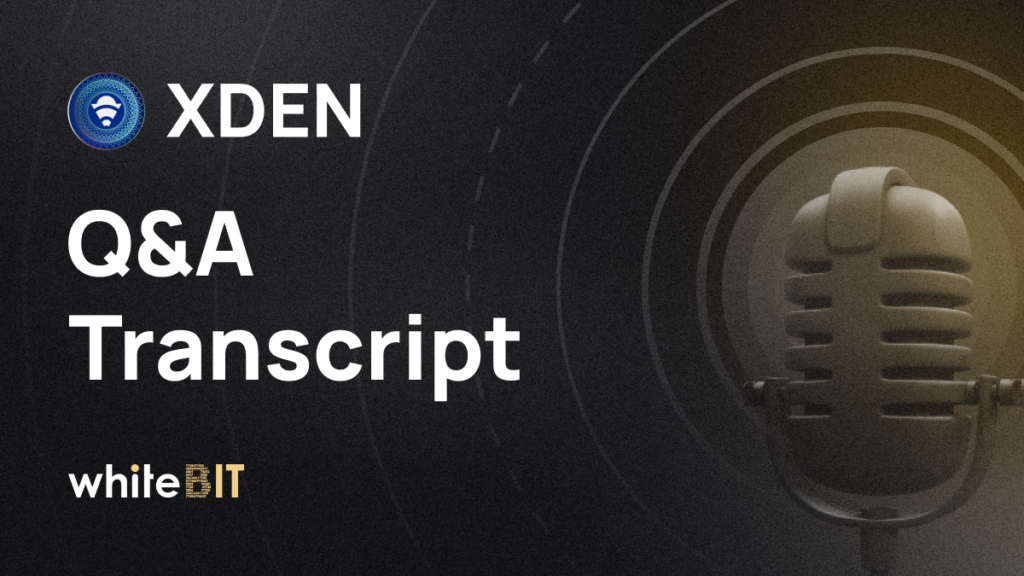 Q: What is the story behind the XDEN project? What was your biggest motivation to build XDEN, and what is the big achievement that XDEN wants to achieve?

A: Xiden was built as a response to the current blockchain projects with high fees. In theory, blockchain technologies presuppose decentralization and highly secured networks. What we have discovered is that this implementation has a trade-off, we must sacrifice speed. The major dilemma of the blockchain projects is to find the sweet spot between TPS (transaction per second) and a secure, transparent, and fully traceable ecosystem. This is why we have developed XIDEN.

Q: Does the name “Xiden” have a meaning? What made you choose a name like that?

A: X (Anonymous) means the internet of decentralized networks. This is how the Xiden name was born. We aim to bring as many devices and people into our network. Xiden is a blockchain network and two extra layers. The SDR, the smart distributed resources layer, and the MinteR, the validators layer. It’s an ecosystem of networks that have the Xiden blockchain with XDEN as the native token in their core. This is why we have chosen the name of Anon decentralized network because it is built by the users.

Q: Can you elaborate more about the ecosystem components of Xiden? What role do Age, Realm, MetaNode, and KraterPool play in Xiden’s ecosystem, and how do they interact with each other?

Ages are implemented for a better breakdown of our roadmap and future implementations that will be released in 3 ages, each of them consisting of three years spawn.

The first age is all about constructing the network and expanding it. Just like the Big Bang, where the universe was created, we try to reach as many users, adopters, ambassadors, and developers.

The second age is when it will reach a more mature form, and we give more options for users to be part of the ecosystem by enabling them to host MetaNodes.

In the first age, our company will host all of these nodes, but as mentioned previously, starting with the second age we will release the possibility for users to buy and host one node and in the 3rd age we want the majority of the MetaNodes to be hosted and run by the community.

A slow transition is important for us to test and implement various features into the ecosystem with the community’s input.

KraterPool is a tool for MinteR validators to earn rewards in the form of our native token XDEN. They secure the network and expand its ecosystem of shared resources, available for developers to come and build on top.

Q: Can you tell me more about Smart Distributed Resources (SDR)? By what mechanism will it collect resources and share them with devices in the Xiden network? How many devices are required to run SDR?

The SDR layer can have only one device to bootstrap the network, and additional hardware will expand the availability.

In the first age, the hardware that will be able to connect the SDR will be CryptoDATA hardware devices because it is easier to build and secure software on a fixed running platform. Starting with the second age, any device you will have in your home can become a new resource in the SDR layer.

The users will just have to open the mining application on the devices, and with their consent, a portion of its resources will be available for others on the network, i.e.: hard disk space, computing power from CPU or GPU.

When someone is using the SDR resources, they will have to make payments. All these payments are distributed to the participants of the network.

You can think of the SDR layer similar to Filecoin or Sia coin, which is only for space on the devices. We expand it to share more types of resources.

Q: Xiden network is said to be energy-efficient and environmentally friendly. How about the scalability and development of the network so far? What is the overall concept of the platform?

A: First, the blockchain we built works on the Proof-of-Stake algorithm. That alone is the first step into an energy-efficient platform. Then, of course, comes the second concern, scalability. The community will own the MetaNodes, and the ones that do not have the funds to buy and host a MetaNode can delegate or stake their coin into one of the nodes, thus, everyone on the network can become part of the validation process in the blockchain layer.

On the SDR layer, scalability was the reason we have built it in the first place. We want to make this layer of connected devices the biggest decentralized “cloud platform” for developers and users.

The SDR layer has two consensus algorithms: Proof-of-Existence and Proof-of-Connectivity. These two will make sure that rewards are calculated in a fair and transparent way to every participant in the network and for the users/companies that are using the said resources to pay for what they are using. So the MinteR validators will make sure devices connected to the SDR layer are following the consensus algorithms.

Q: Can Xiden solve the problem of high gas fees that older blockchains like BTC or ETH are still experiencing? And mention the advantages of the Xiden blockchain that other blockchains don’t have.

A: Xiden is a cost-effective network, the gas fees are very low, as low as $0.00004 at the current market price. We have chosen Proof-of-Stake because it can leverage lower gas fees better than Proof-of-Work. One more big plus for the developers to join and start building on top of Xiden is an EVM-compatible network, with Solidity as a programming language for smart contracts.

There is no barrier to entering, and if someone knows how to develop on top of Ethereum, they can deploy their smart contracts directly on the Xiden blockchain.

Bitcoin is and will remain the “king” of blockchains, and it will not be another. We do not try to replace Bitcoin or Ethereum. We just build and offer a new wave of blockchain technologies with their ancestors’ principles and features in mind.

Q: Does Xiden have a program for ambassadors to attract more new users? If so, how can I become one of them?

We are welcoming anyone who wishes to become an ambassador. They can join our Telegram group, and there you can find a list of admins. Contacting them will be the first step to joining the program. We are also doing our own research and marketing campaigns to attract people to the project, whether you’re a crypto influencer or a regular user. Anyone can be an ambassador.

By getting in touch with the community managers, we can provide materials and guidelines on how to promote the project. So please get in touch with our company, we want to spread the world in every place, corner, under any rock off this planet and to the Moon. Xiden is a network that is built by the people and for the people.

Q: What are the full ecosystem tools for future projects that Xiden is creating? What areas do you hope to develop and decentralize in the future? What are your plans for this?

A: Xiden roadmap includes expanding its resources and technology globally, and we want everybody to become part of it. It can be in the form of a MinteR Guardian validator, devices in the SDR layer, a developer that builds on top of the network, or just a regular user who makes a transaction.

Every device, user, or partner will have their anonymity guarded by our technology, and we will respect their privacy and not sell their data as big tech companies do today.

Please make sure to join our channel and visit the website. There are a lot of new things to discover, and let’s build together a new future for our children and us! 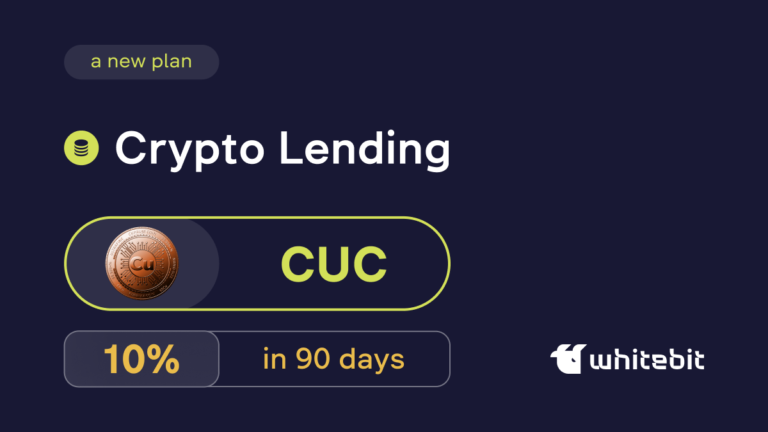 🪙 Cuprum Coin wants to be in your pocket 🪙

Our new Crypto Lending plan with CUC offers you to enjoy life while the money comes to you by itself. 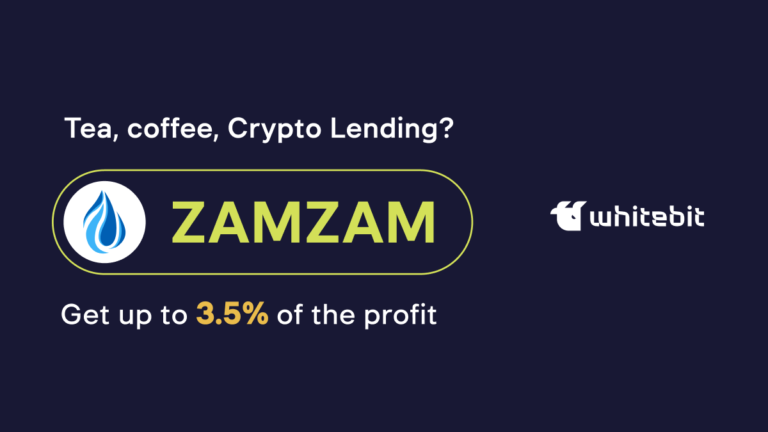 Have you already monetized your time & patience? Pick a Crypto Lending plan & hold Zamzam Token for 30 to 180 days.