In 2021, the compilers of the Collins English Dictionary dubbed NFT the word of the year, which rivaled such hype terms as double-vaxxed (a person who received two doses of a vaccine) and climate anxiety.

The abbreviation NFT is decoded as non-fungible token, that is, a unique digital element that cannot be replaced. Let’s illustrate it with an example of painting. There are an unmeasured number of reproductions of Klimt’s The Kiss, but only the painting created by the artist is considered original. The same is true with virtual art, where blockchains determine the uniqueness of virtual objects.

It may seem that NFTs have appeared out of nowhere quite recently. However, the roots of non-fungible tokens go as far back as 2012. While some associate the emergence of NFTs with Ethereum, unique virtual tokens were first used by the Color Coins project, an add-on to the Bitcoin protocol that enables “coloring” BTC coins and adding some unique information to them. Thus, with the help of certain BTC coins, one can purchase certain goods and, as a result, prove the ownership of them.

Following Color Coins, the Counterparty project appeared on the same Bitcoin blockchain, with the help of which Spell of Genesis game developers created unique in-game items for the first time. In 2016, the platform was used for the creation of NFTs of a popular meme character, Rare Pepes.

At that time, the idea of ​​filling precious space on the blockchain with information about the ownership of pictures did not appeal to the network users. So the concept migrated to Ethereum.

In 2021, Cryptopunks NFT avatars were sold like hotcakes despite the surprisingly high price tag. And all because these 10,000 NFT images were the first example of creating an NFT using the ERC-20 standard back in 2017. The most expensive avatar in the collective was CryptoPunk #9998, which was purchased for a record $530 million in October 2021.

In the same 2017, the CryptoKitties game was created and introduced to the public. It gave the players an opportunity to breed, create and adopt virtual kittens. The game proved so popular that users were able to amass fortunes by trading digital kittens. Thus, the success of CryptoKitties has breathed a new life into the idea of ​​NFT as the future of the virtual space.

Since the launch of the sensationally successful CryptoKitties, more and more game developers have become interested in creating unique virtual items. The Decentraland VR platform created a virtual world where players could discover new in-game items and privatize them. At this time, other blockchains like Cardano, Solana, Tezos, and Flow became interested in the idea and started launching their own NFT projects and collaborations. For example, NBA Topshots, a well-known collective of the most spectacular NBA moments, was designed on the Flow blockchain.

The sale of Beeple’s painting titled Everydays: The First 5000 Days at Sotheby’s for $69 million started a trend to digitize intellectual property. Music, pictures, phrases, movie moments, and more can all be sold as NFTs, immortalizing happy buyers in the history of blockchain. The success of NFTs became so overwhelming that some skeptics predicted the NFT bubble would pop by the end of the year. However, with the confident integration of metaverses into the most popular social media backed by the transformation of the Facebook corporation into Meta, the doubts began to vanish. And all because NFTs are one of the main components of the metaverse spaces that are already becoming part of our reality.

Read more about interesting examples of NFTs in our previous article on the topic. 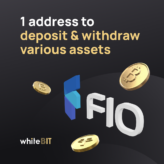 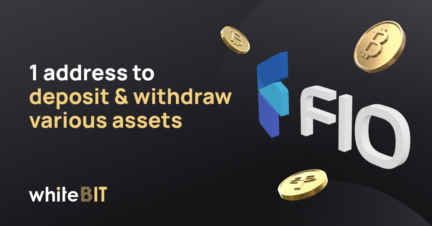 Depositing and withdrawing digital assets to and from WhiteBIT from external wallets is a lot easier...
Read 8 minutes
21 October 2021 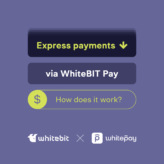 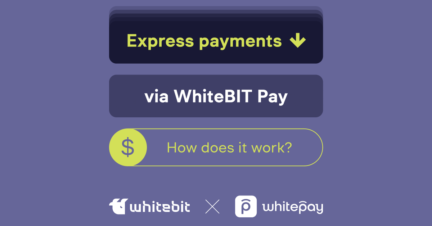 Express payments via WhiteBIT Pay. How does it work?

As the popularity of cryptocurrencies grows exponentially, business owners have become interested in...
13 December 2022
Go to the section