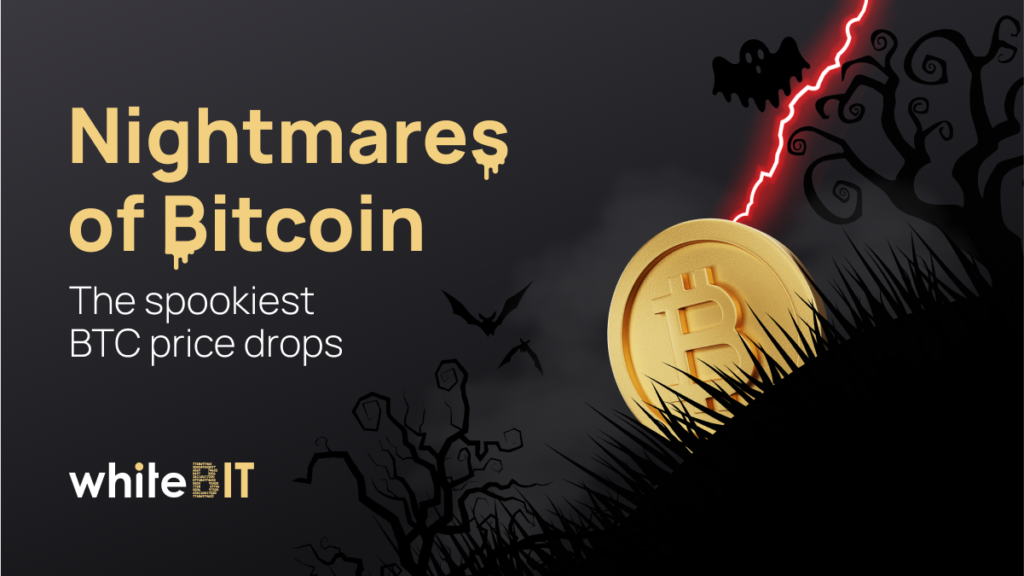 On the 20th of October 2021, Bitcoin reached an all-time high of $67,000. The holders must have felt enormous joy at the moment, but the price began to roll back to $61,000 just a few days after breaking the record. One might say that this fluctuation is far from a catastrophe, and we will agree. Rapid changes are classic features of cryptocurrencies’ behavior, and one should always be ready for both an increase (hopefully) and a decline. We decided to recall and analyze the sharpest declines of Bitcoin in its 13-year history.

Let’s start in August 2012, when after the fall of the Bitcoin Savings & Trust pyramid, the price of BTC fell by 56.7%. The fraudsters lured new investors and used their investments to pay off the old ones, embezzling the remaining money. In total, 764,000 BTC were collected, which cost $4.5 million at the time. In August, the company announced a default. This episode can be considered one of the most prominent examples of fraud in the crypto industry.

Once upon a time, there was Mt. Gox

Three sharp BTC collapses occurred due to the operations on the Mt. Gox exchange. The first decline resulted from an exchange hacking in 2011 when hackers managed to gain access to user accounts and crashed Bitcoin from $29 to $0.01.

The second significant cryptocurrency depreciation occurred two years later, in April 2013. At that time, 70% of transactions happened on Mt. Gox. In April, the exchange decided to suspend trading and “cool down” the growing asset price pace. This decision coincided with a DDoS attack, further prompting holders to dump BTC. As a result, the price of the cryptocurrency fell by 87%.

The asset price moved down again in 2014 and again due to the fault of the Mt. Gox. Bitcoin sank by 84.6% due to the exchange’s decision to cancel the withdrawal of BTC. Soon after the loss of 850,000 BTC, Mt. Gox filed for bankruptcy altogether.

The price of Bitcoin had been growing exponentially throughout 2017. In December, however, the price declined by 45%, falling below $11,000, and by September 2018, — to $6,000. Market manipulations and tightening of regulations can be considered the reasons for this behavior. In September 2017, China and South Korea banned ICOs, and in 2018 China decided to get rid of mining farms in general. At that time, the country mined ¾ of all BTC in the world.

A month after a meteoric rise in April 2021, when the asset price reached $64,000, Bitcoin stunned the crypto community with its first severe drop by 35% in three years. At the time, the asset price declined to $37,000. Tesla’s refusal to sell its products for BTC and another tightening of mining regulation in China are considered the most probable reasons for a drastic price decrease.

A few words to conclude

Volatility is an integral feature of cryptocurrencies. The analysis of even the harshest drops in BTC price shows that such declines are mainly accompanied by increases. To save your wallet from the effects of cryptocurrency price swings, you should learn to predict the behavior of assets depending on external circumstances. Monitoring industry news and using stop orders are the basis for a healthy and organic relationship with cryptocurrency. 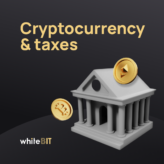 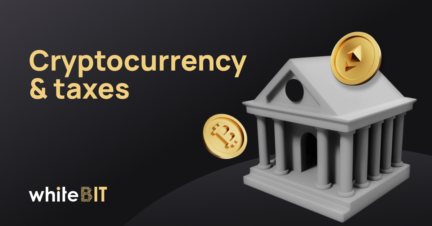 How is crypto taxed in different countries?

Cryptocurrency taxation varies from country to country. Some governments do not levy taxes on crypto...
Read 5 minutes
27 December 2021 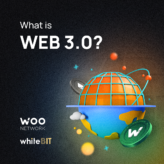 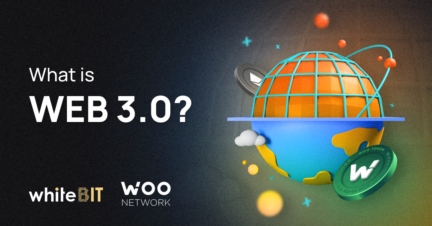 Internet Evolution: What Is Web3.0?