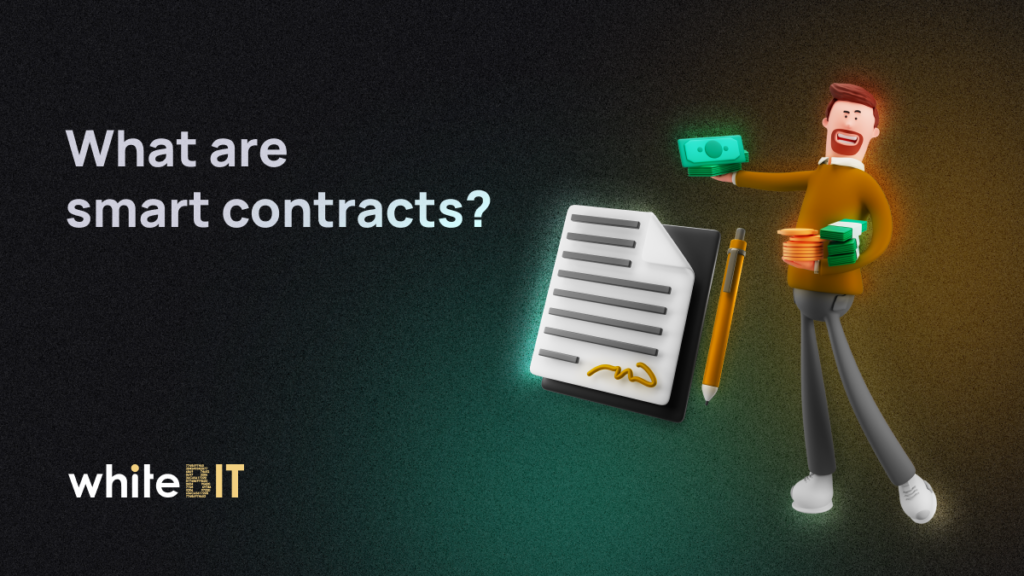 What is a smart contract?

The definition says that it is a computer algorithm that controls the conclusion of agreements between the parties and prescribes the basic conditions for their implementation. Such contracts are built on a blockchain, have no intermediaries, and operate independently.

Let’s say you want to give your child $1 million for their 18th birthday. To guarantee this, you can create a smart contract where you write down the amount and the time when the recipient can access your account. As soon as the child turns 18, the funds will be transferred to the account specified by you, or your account will be available to the specified person.

A smart contract functions independently. It monitors whether the terms are met, imposes sanctions on the parties in case someone breaks the terms, or simply does not do anything until all conditions are met.

The term “smart contract” was coined by the scientist Nick Sabo in the early 1990s to explain the desire to modernize contract law through a special protocol. A vending machine is a good example of the concept. If the conditions suited the buyer (he had to put his money in the machine), the deal could be carried out, and the machine provided the necessary goods.

Prior to the blockchain, there was no platform where to implement the idea. Currently, there are many programming languages, developers, and working groups involved in its development.

The first smart contract platform is Ethereum. It has provided functionality to build smart contracts on the blockchain since the network’s launch in 2015.

How do smart contracts work in blockchain?

Let’s take a look at how a smart contract works. Smart contracts are fully computerized and are created using a programming language.

The code records the conditions, sanctions, limitations, and other important elements of the contract. The specified code settings process the information about the negotiations and automatically take measures to fulfill or not fulfill the contract.

The advantages of smart contracts include:

Any phenomenon has certain disadvantages. The same goes for smart contracts. Blockchain technology, which is the basis of the smart contract, can play both ways. Decentralization helps participants protect their rights but does not allow them to make any changes to the contract. Once the terms of the contract have been agreed upon, it will not be possible to cancel the contract execution.

How to create a smart contract?

The Ethereum blockchain is currently the most popular and convenient platform for creating smart contracts, as it allows developers to create their own contract scripts.

The contract is developed in a specific language (Solidity, Serpent, or Mutan), compiled in the EVM, and usually conforms to the ERC-20 standard. On the net, you can find many guides on how to write a smart contract or how to read a smart contract, which will explain everything in an accessible way.

There are two “layers” of smart contracts:

The contract is executed on the network inside the Ethereum virtual machine (EVM). This execution is not free but is paid for in the form of “gas”, a small amount of Ethereum contributed by one or more parties to the contract.

Notice that the execution is decentralized and is carried out in all nodes of the network. This is one of the reasons why the EVM is so slow and can only process about 15 transactions per second.

After coding a smart contract, formal verification is needed. It will ensure that everything works as the developers intended. The testing can be carried out by a developer or a bot.

How to implement a smart contract?

A smart contract can be implemented with replicated records, while contract execution can be done using a Merkle tree.

Each node in the P2P network acts as a registry of trust or guarantee, making changes to the holders of the contract and automatically checking the rules imposed by the transaction and checking the same operation of other nodes.

Cryptocurrencies like BTC have implemented special cases for those records or nodes where money is the property and the core of the transaction. BTC and many of its derivatives contain more generalized mechanisms for ownership and contract enforcement. Code maintenance is a crucial part of the BTC protocol based on state machine replication.

What can smart contracts be used for?

Smart contracts are becoming increasingly popular as more people begin to understand and trust the blockchain. Over time, they can cover even more areas of activity that have a financial component: loans, insurance, investments, rent, and purchases. All this can be coded in the blockchain.

Moreover, smart contracts can be used at the state level. Blockchain transparency can reduce corruption, as anyone can trace the address of a transaction. On the other hand, such free monitoring of the contracts limits their use in situations where privacy is important.

Smart contracts are also not suitable for non-monetary agreements. For example, if two parties exchange services and the transaction does not involve the imposition of monetary sanctions on the party that did not fulfill its part of the agreement.

A smart contract is a revolutionary tool that removes the “human factor” from executing deals and is, therefore, more reliable. Since such a contract is immutable and executed automatically, it suits great for making transactions and confirming ownership.

We hope this article has helped you better understand smart contracts blockchain technology. We wish you success in creating your own contracts and making profitable deals!

What are smart contracts?
Smart contracts are computer algorithms that control the conclusion of agreements between the parties, prescribe the basic conditions, and are executed automatically.

What do smart contracts do?
They allow parties to exchange funds, property, shares, or any other value on a decentralized basis, making transactions traceable, transparent, and immutable.

How to make a smart contract?
Most smart contracts are built on Ethereum and compiled in the EVM. The contract code can be written in different programming languages, but the most popular one is Solidity. You can find the detailed guides on how to do a smart contract on the net. 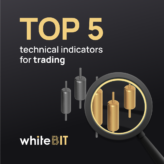 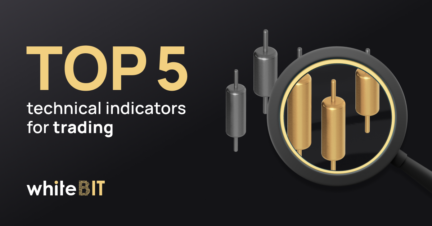 Technical indicators: both newbies and pros will find useful

Technical analysis is what a trader should master to do their job efficiently and with minimum losse...
Read 8 minutes
15 September 2020 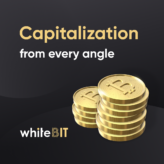 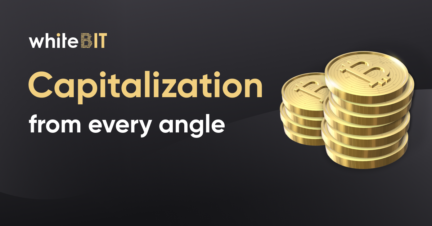 The market capitalization of cryptocurrencies