WhiteBIT Token or the birth of the supernova 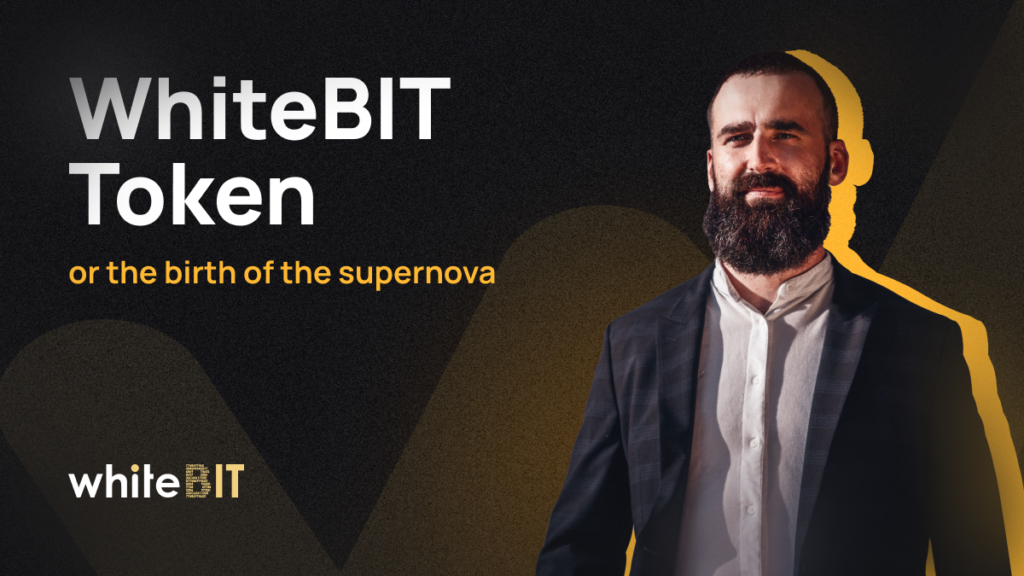 Let’s talk about tokens and the opportunities they offer to their owners. First of all, let’s figure out the classification of tokens. The first type of such digital assets are utility tokens. These are the tokens designed to offer various bonuses from using the platform that issues them. The second type of tokens are security tokens, which are equated to securities. They are subject to trade restrictions, i.e. not everyone has the right to trade them. WhiteBIT Token is a utility token, which means that the exchange will provide users with bonuses for its purchase and use.

Let’s dive into history. After the birth of the first cryptocurrency, Bitcoin (BTC), there appeared another crypto giant, Ethereum (ETH). Ethereum’s network allowed users to create so-called tokens. So what is a token? Initially, it was an asset of the Ethereum network which, as any crypto that creates a buzz, has an increasing value. I will explain the technical nuances of ETH and other cryptocurrencies in the following articles, so if you’re interested, subscribe to my blog and stay tuned for more!

So let’s continue. There is a network trusted by a large number of people. Based on this network, you can already create your own asset and fill it with your own meanings.

ICO (Initial Coin Offering) is a form of attracting investments in a new cryptocurrency project in the form of selling a fixed amount of a newly issued asset to investors. Yes, it’s a bit confusing, but let’s dive into details. Imagine that you are passionate about creating a certain project, but you need funds to fully develop it. How did people use to do it? They simply went to the rich and asked for money. But the interest rates at which such people gave loans were high. In addition, it did not allow ordinary people with a start-up capital of several thousand dollars to get the opportunity to “participate” in the business. By “participate” I mean earn on it.

And just imagine, you have money that you have earned, put aside, or inherited, but it is not enough to develop your project as you want to. And all because of the too high amount required for the start. Previously, in order to get an investment, it was necessary to advertise, gather groups of people, and receive funds against receipts. It was a long process that did not allow businesses to develop. And then Ethereum tokens appeared, which allowed their potential owners to make investments suitable for their pockets. These tokens provided a number of advantages on the platform and eventually rose in price if the platform was in demand.

However, any innovative idea, especially when it comes to profit, gives rise to a number of low-quality analogues or even fraudulent schemes. However, in the midst of the ICO boom, it was possible to invest in almost any project and end up with a portfolio of tokens that significantly exceeded the investment amount. So many people began to engage in “small” investment ICOs.

The sphere grew in popularity, so did the percentage of unscrupulous projects, which ultimately led to the decline of the industry and the loss of community confidence. Many platforms would either fail to fulfill their promises, get hacked, or even would close after collecting investments. And so another idea was born. It presupposed giving the opportunity to conduct ICOs on the exchange platforms, because it is there that the assets undergo a thorough check by scrupulous specialists who value their reputation. This type of crowdfunding campaign has become the most popular and is now called IEO.

IEO (Initial Exchange Offering) is a way of conducting ICO that is controlled by a cryptocurrency exchange. The projects presented at the ICO are especially popular and trusted. And all this is due to the appearance of a third party, which acts as a guarantor of the assets’ quality.

Eminent exchanges monitor their reputation and try to prevent possible schemes to deceive their users, so fraudulent episodes in the context of ICOs are extremely rare.

It’s an interesting story because WhiteBIT did not need to raise additional investments to draw attention to the project. This is a self-sufficient unit with a powerful team of leading IT and financial specialists with an already developed infrastructural background. We already have partnerships in various sectors of the economy, the number of which will only grow. But almost every time, while communicating with partners or users of our exchange, we received the same question, “When should we expect the launch of your own token?”

Volodymyr Nosov, the beloved CEO of WhiteBIT, has repeatedly emphasized the importance of issuing the exchange token. His suggestion was often met with resistance in the form of a completely logical question: “Why? Do we need to attract investment? Are we doing something wrong?” He would ponder a bit and leave to go about his business.

But those who met Volodymyr also know that this person brings everything to the logical end and implements any, even the most unbelievable idea, into reality. One day he came to the office and simply gave us the task to develop a token that would not be an ordinary asset, but would be a part of the life of every person in our huge community. “It’s not just about the value, it’s about ideas.”

We sat down with the team and started brainstorming practical and ideological concepts to bring to our brainchild. We started with our platform, since the token originates from the WhiteBIT exchange, a platform from people and for people. Even the smallest change or improvement is done with our users in mind, those who want to have a quality product at hand and, most importantly, want to be heard. Our support team and our social media managers communicate with users 24/7 and hear everyone’s requests. So we identified the main categories of needs and managed to meet them with the help of WhiteBIT Token, namely: the reduction of trading fees, an improved referral system, free withdrawals and, of course, access to new premium functionality.

We introduced a deflationary burning mechanism to occur once every two weeks. We will buy tokens on the market and burn them to reduce the turnover, which, in turn, contributes to the organic development of the asset.

Furthermore, we block half of the issued tokens, with the gradual unlocking of these funds within the next three years. Once unlocked, these tokens will go to special funds that will support both the token and the entire WhiteBIT ecosystem. We have also developed a strategy for the development of WBT, which will enable users of other exchanges to gain access to trading our token. But we understand that only allowing the token to be traded on other exchanges will not take it to a new level. The decision did not make us wait long, and it was obvious. This decision is just adjacent to the overall goal of our exchange, the mass adoption of blockchain technologies and the promotion of the smoothest and most organic acceptance of cryptocurrency in all areas of life.

We intend to integrate our token into the real economy sector and ensure its maximum usefulness. Since the very concept of a token may no longer withstand the load that it will have to face, we are already developing our own blockchain, to which our token will migrate after the end of testing. With the transition to our own blockchain, other integrations into various sectors of digital and traditional finance will be available to us, where we will undoubtedly keep a course on improving our products and creating new ones. And this is just the beginning. Our exchange has existed for quite a long time and, having vast experience in product development from scratch, we have proven to be a reliable partner for each of our users. We develop comprehensively and do our best to implement all our goals.

What’s interesting is that when we achieve one goal, we create another one. It is always about the challenge, new experience, and new opportunities. We move forward because of the trust and belief of our users, and we are incredibly thankful for it.

So here’s where I should repeat the announcement and remind you that soon, there will be an IEO launch on the WhiteBIT Token platform, in which each of you will be able to participate. We allocate 1 million WBT out of 200,000,000 of tokens available for purchase on a special WBT launchpad. Then, we will open trades for all other users.

There is a lot ahead of us. Stay tuned and let’s develop the industry together! 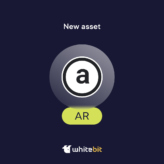 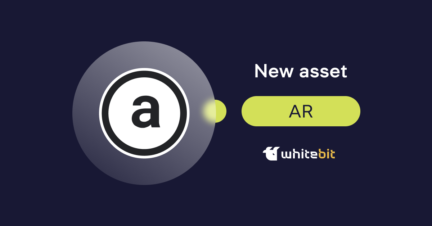 Arweave is a new type of storage that enables users and developers to store data for unlimited perio...
19 December 2022 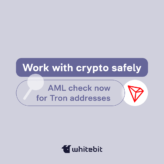 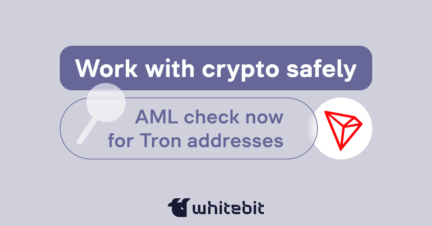 What Tron? With Kevin Flynn? Oh, come on, you can now check Tron's addresses on our AML service page...
04 January 2023
Go to the section