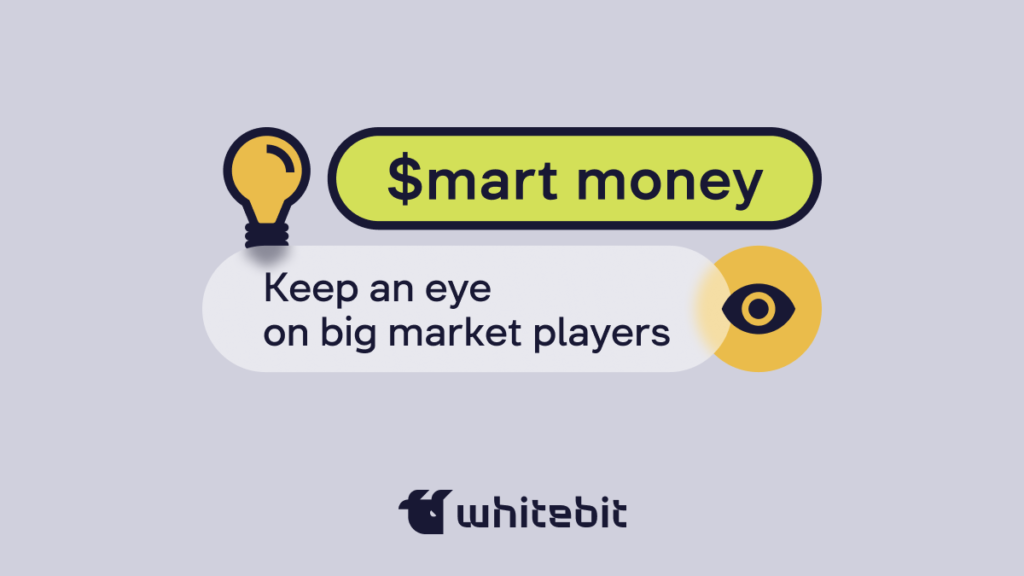 To make money on the crypto market, you need to understand what drives the asset price up and down. The basis for understanding market trends is technical (TA) and fundamental analysis (FA). In short, TA involves studying an asset’s price history, which helps to understand the patterns that underlie price movements. But FA is a comprehensive study of all factors that can affect the value and prospects of an asset. It includes the company’s reputation, analysis of the market’s general state, and other qualitative factors.

And that is not all. One alternative way to study an asset’s dynamics and predict its future behavior is to learn how to determine the movements of Smart Money. Today we will talk about this strategy, its work and fundamental principles, and how it differs from classical technical analysis.

What Smart Money Concept is

Smart Money is the collective power of big capital, which can “move” the market. First, we are talking about the influence of central banks, institutional investors, and market makers.

The definition of Smart Money is not only used in the currency or securities markets. The concept also exists in gambling. In the world of betting, for example, it refers to developing and implementing specific mathematical algorithms that can tell you what and when it is better to bet to win.

The concept of Smart Money is a set of tools that allow you to track the movement of significant players in the market and create your trading strategies.

As a rule, in addition to Smart Money, they also use the Price Action technique. It involves the analysis of price charts, in which the trader only considers cost and time and does not use additional tools. The approach implies that the price takes everything into account, so the trader can do without analyzing fundamental indicators.

An example of Smart Money in the market

Market participants with large amounts of capital are called Smart Money investors. A great example of them is Warren Buffett, one of the world’s wealthiest people. As of June 2022, his net worth was estimated at $100 billion.

When Berkshire Hathaway, Warren Buffett’s holding company, accumulates funds and does not invest them, this is interpreted as a doubt on the part of investors about the appropriateness of investing in the market at that moment. However, large companies’ lack of investment activity should not be taken as a call for inaction because the actions of Berkshire Hathaway have a different scale.

The opposite of Smart Money is the concept of Dumb Money. These so-called investors need more knowledge, experience, and funds to invest. They trust their feelings and emotions, so they often make mistakes.

The focus of technical analysis is on the price of an asset. At the same time, the various variables that produce the price movement are not vital to it.

Changes in supply and demand over a certain period form trends. If demand exceeds supply, the trend is up. When supply exceeds demand, it is downward. When they balance each other, a sideways trend occurs.

Traders react stereotypically to similar factors. Thanks to this, you can predict the psychology of the market.

From the side of Smart Money, TA is a style of trading developed by retail traders that is “profitable” for large market participants. They manipulate the price in a direction that suits them using TA tools. It is the difference between the two approaches.

To learn how to trade the market using technical analysis, use our Demo Token. It is a virtual asset that has educational value rather than monetary value. With the help of Demo Token, you can not worry about your funds, honing your trading strategy.

Pros and cons of the Smart Money trading strategy

You should wait to expect quick and big profits because Smart Money is the same strategy that needs to be approached wisely. The Smart Money concept simplifies decision-making during periods of increased uncertainty in the market.

By successfully identifying the trend of smart money, especially at the beginning of its movement, the investor increases his chances of a good profit.

There are situations when the asset’s market price has risen to a level that exceeds a reasonable estimate. It is often caused by numerous traders making the same moves simultaneously in an attempt to follow the smart money. When this is discovered, the price of the asset drops sharply. It is called a “bubble burst.”

Smart Money strategy is an important part of crypto trading. Players hone their knowledge by analyzing the behavior of large investors, such as Warren Buffett. It helps them form their trading strategies. 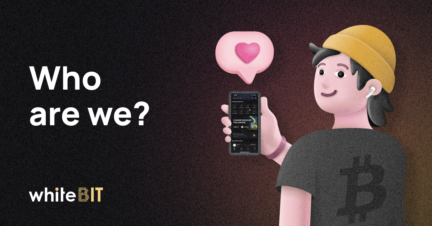 WhiteBIT: A Few Words About The Important Things

WhiteBIT is the largest European centralized crypto-to-fiat exchange originating from Ukraine. Our m...
Read 3 minutes
10 May 2022 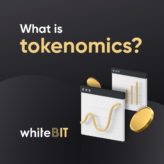 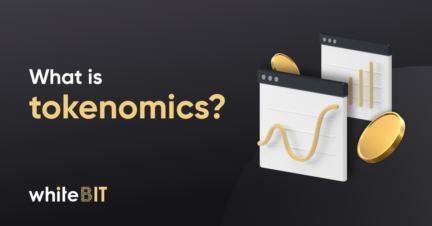 Tokenomics: to buy or not to buy

Tokenomics is one of the most effective methods for analyzing cryptocurrency....
Read 5 minutes
08 June 2021
Go to the section