Tokenomics in action: A detailed analysis of a token 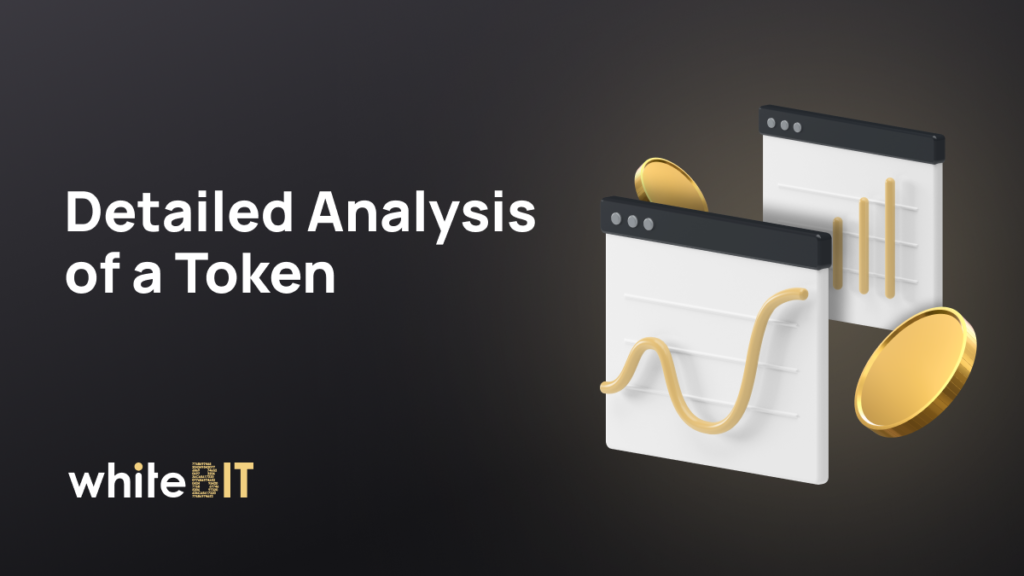 In the previous articles, we defined the main points for project analysis and figured out how to determine a good token for investing and trading based on its functionality. Our final material is rather practical. So, here is a step-by-step guide on how to analyze the economy of a token. Let’s take the Monero token (XMR) as an example.

We will identify the strengths and the weaknesses of the Monero token by analyzing pricing charts, transaction data, the website, and the technical documents, including the White Paper of the project.

What tasks does the project perform?

As stated in the Monero documentation, the project aims to create a highly anonymized yet secure and decentralized network. It is possible thanks to the CryptoNote protocol that ensures the complete anonymity of the blockchain. Since the very beginning (2014), the developers have been improving the network in terms of privacy, which is the key component of the token brand. The dynamics can be seen in the Road Map on the project website.

Additionally, the developers have done everything to maintain the anonymity of both the sender and the recipient. At the same time, a third-party user cannot obtain information about transaction size.

Criticism: From time to time, Monero is used by scammers and in the darknet. It is facilitated by the main feature of the token, which is confidentiality. It is impossible to find out neither the name of the counterparty, nor the address of the wallet, or even the transaction amount.

Emission and potential for inflation

XMR was created to reward miners for mining blocks in the coin’s blockchain network. Their emission schedule has a flatter curve (close to Bitcoin’s original curve). Thus, the first Monero appeared as a result of the first block. There were neither ICO nor pre-mining activities (Monero is a fork of Bytecoin), which guaranteed the fair distribution and stable emission of the token.

However, the unlimited emission may cause a risk of high token inflation. At the moment, there are already 17,922,225.80 XMR in circulation. Each time a new block is found, another 1.00 + 0.00780 XMR units are put into circulation.

The project developers are trying to solve this issue by reducing the block reward, and hence, as has been stated, the emission is gradually decreasing. One year ago, the reward was 3.2 XMR. A year later, it was 0.6 XMR, which minimized the token’s inflation capacity. It is also suggested that the miners will interact more with the network, and the token will be distributed more widely as a means of payment and on exchanges.

See: technical documentation, including a 2014 topic on the Bitcoin Forum “Bitmonero, a new coin based on the CryptoNote technology”; aggregators like CoinGecko and Coin Market Cap.

The anonymity of transactions is a primary goal of Monero. The token is built on the corresponding CryptoNote protocol. In addition to anonymity, this protocol allows changing network parameters, in particular, the complexity and the size of a block.

Moreover, this protocol makes it possible to view the total number of tokens in wallets, as well as each incoming transaction (thanks to view / audit wallet). As a result, it is possible to assess its liquidity more or less objectively.

One can find the information in the technical documentation of the project as well as turn to the ready-made audit of smart contracts (the sites where you can see this info are indicated in the first article of the series).

The network improvements take place, but there is no complete budgeting system. Basically, the community members who contributed funds through the crowdfunding system can directly move the project towards development. On the one hand, it is beneficial as the network is becoming more responsive to the needs of its community. On the other hand, since it is through crowdfunding that the monetary base is provided for each improvement, it becomes logical that the scalability of the project and its modification depend on the interest of a user in the token.

It is important to clarify that in 2018 the project team managed to reduce the size of the transaction, due to which the fees fell by 90%, and the network speed increased.

Also, in August 2018, the team took another significant step towards the anonymity of their users and their actions — they implemented the previously announced Kovri update. Thus, the encryption technology allows users to hide their IP address and location.

See: technical documentation, the website of the project, and the analysis on the HASH RATING.

The token is in the top 30 in terms of market capitalization (26th position), namely, $3,869,567,540. Given that the developers have not limited the maximum possible number of coins issued, the Monero market cap will continue to grow, given the overall stability of the market.

It should be noted that the Monero market cap is quite dependent so far. As of June 1st, it was $4,681,803,129.97. At this stage, Monero is following the rest of the coins. However, it is not critical, as the overwhelming majority of coins follow the price of Bitcoin.

We would like to mention that Monero has moved almost ten positions down in the market cap. Also, another All-Time High (ATH) was reached in May. The price of Monero was about $518, but since then, it has shown some bearishness that resulted in the price of $215. Again, it shows us the dependence of Monero on market movements (in particular, those of BTC). In general, we can conclude that the token is promising. In the context of its development, it has only increased in price. 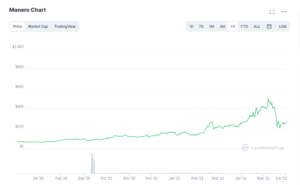 See: aggregators like CoinGecko, Coin Market Cap, the news, and the comments by analysts. Last but not least, do not forget about technical analysis and indicators.

Only two developers have revealed their names. The rest of the team stays anonymous; however, you can find their nicknames on the project page. On the one hand, such an approach can demonstrate the team’s commitment to the main idea, which is creating an anonymous network. On the other hand, the token can be questioned, given that there were errors in the Monero contract code, which, among other things, led to (four) forks.

Since Monero originally focuses on security and anonymity, it has gained popularity on the darknet, which leaves a not-so-good reputation behind it. At the same time, the success of the Monero investments depends on its relevance and assessment by the community.

It is also necessary to clarify that the confidentiality of the project has been numerously questioned since it entered the market. However, the team and the community try to solve this issue and make improvements to the project.

You can track this information in the news and on the project website (Road Map, Workgroups).

Remember that tokenomicsis a direction where many traditional economic models may not work. As suggested by this analysis, Monero answers the main questions reflecting the business model. But bear in mind that projects differ from one another. Hence, there is no single form of the economic analysis of a token. 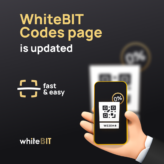 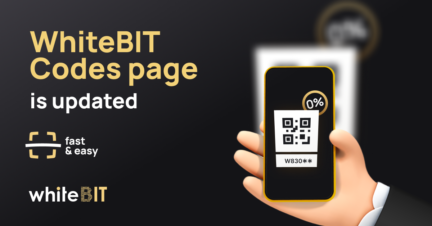 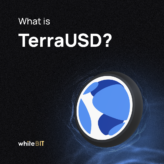 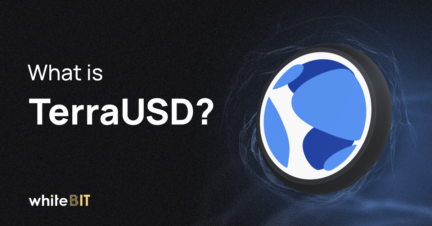 TerraUSD (UST): The Overview of a Popular Stablecoin

Keeping all savings in traditional cryptocurrencies can be risky due to their high volatility. That ...
Read 5 minutes
11 April 2022
Go to the section